Know Your Camera, Get The Picture

The post today is not about a fantastic photo, but it is about getting an important shot and being familiar with your camera. Leah was having her birthday party and her Dad was walking to her with the cake. The room had no windows and only overhead fluorescent lights. The camera was set fluorescent white balance and I was shooting without a flash. I had my 17-55/2.8 mounted because I knew the light would be low. With a combination of the f2.8 and ISO 400 I could shoot at 1/50th and have a good chance at a somewhat sharp picture at a 28mm focal distance with low noise. 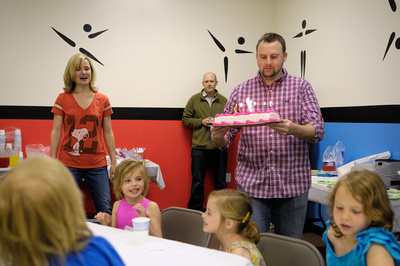 Just as Walt set the cake down less than 5 seconds later (photo time stamp) someone turned the lights out just before the next shot. Now I had a shutter speed of 1/10 of a second and clearly I cannot handhold for a sharp picture as seen here. 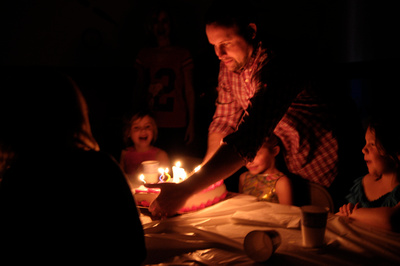 A picture with noise is better than no picture. Thanks to a back lit screen on the camera and knowing my controls, I was able to raise the ISO to 2000 while everyone was still singing. This restored the shutter speed to 1/50 and I was able to capture Mom, Dad, and sister with the birthday girl 9 seconds later. 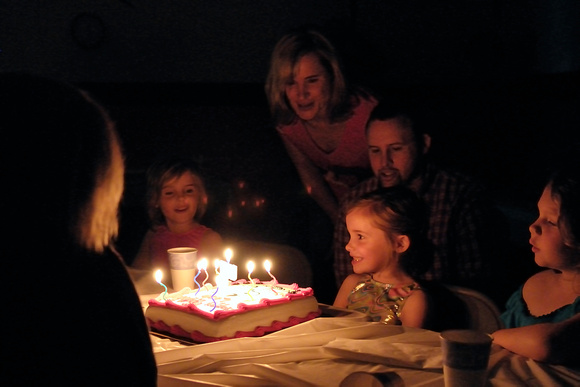 The lesson learned is 2-fold. Do not be afraid to shoot at high ISO's when you have no other choice. And practice with your camera so you can adapt quickly to changing shooting conditions