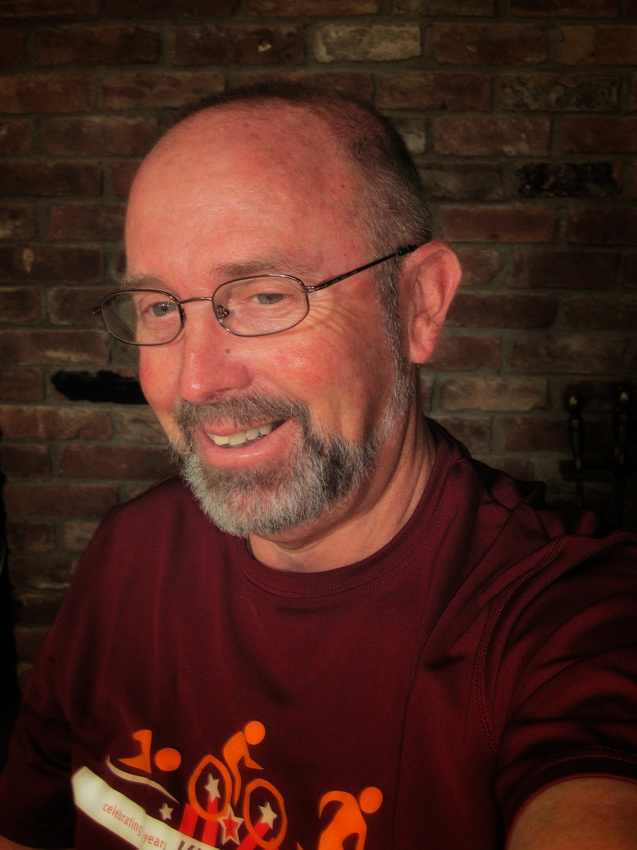 At the risk of real humiliation, I decided to try a self-portrait. But I wanted to further challenge myself by doing the portrait with a point and shoot camera hand held. The effort turned into much experimentation to say nothing of many stupid expressions. I first just shot with my Canon D10 using its built in flash and the exposure adjusted manually on the D10 to -2 stops underexposed at ISO 8. But the "deer in the headlights" look was more than I was willing to accept. So I brought out my SB800 Nikon flash unit which can be setup to trigger when it "sees" another flash. So now the D10 built in flash will cause the SB 800 to fire. But the D10 flash was still just too harsh, so I began to tape pieces of kleenex over it and 3 layers seemed to do the trick. The SB800 then needed to be moved around and power adjusted eventually arriving at the flash at 1/64th power, sitting atop an upside down trash can on a table, and camera left at 30 degrees to me and above my head. Now all I needed to do was make a goofy expression, hold the camera out with my left hand, and shoot. Then I decided my time was better spent on a bike ride.