Appeal of B&W in a Color World 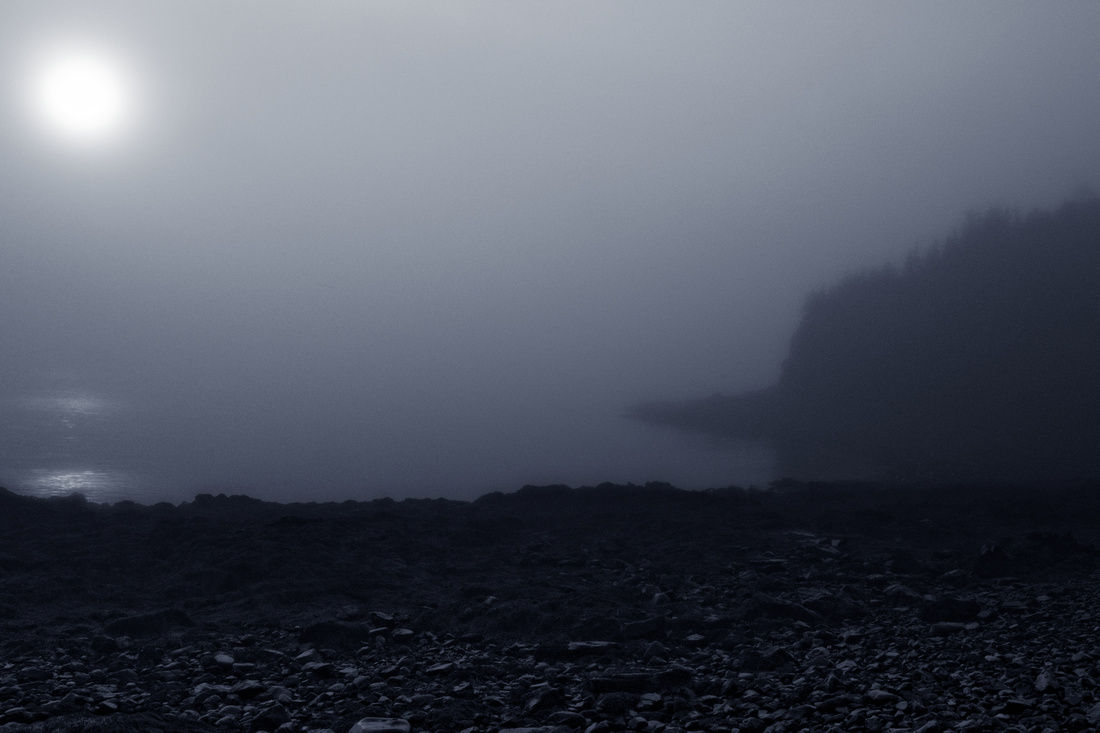 Despite our ability to render images today in spectacular and Vibrant color, black and white images still attract many of us. In fact B&W has enough appeal that Leica began selling this year a B&W only digital camera for $8,000 (although they throw in Lightroom and NIK Silver Efex Pro for free - worth about $200). The image above was taken on the north side of Owl's Head Point in Maine where a lighthouse is located. The lighthouse is not very tall and from the north is almost totally blocked by trees. Compounding my challenge of photographing the lighthouse was a heavy fog. As I waited for the fog to lift, the sun briefly broke through a patch in the fog and I composed a picture capturing the sun and the extreme end of Owl's Head Point across the cove. After 2 early morning hours perched on a craggy rock, I left being somewhat disappointed in my photographic trip. But then the thought occurred that the conditions were much better suited to B&W. And this is probably a physiological response as well as an aesthetic one. Our eyes have both rod cells and cone cells and it is the cone cells that allows us to see color. At low light levels, however, only the rod cells are sensitive to light and tend to render objects in light or dark without color. This is why in dim situations we do not see the color of objects. Thus seeing the world in B&W is sometimes a natural perception and maybe why B&W images have appeal. So this image was taken in low light and the B&W for me works. As I processed the B&W I also added a very slight blue tint because I liked it but again this may be physiological as rod cells are maximally sensitive at 500nm, a blue light wavelength. Taken with NIkkor 17-55mm @23mm, f22, 1/80.