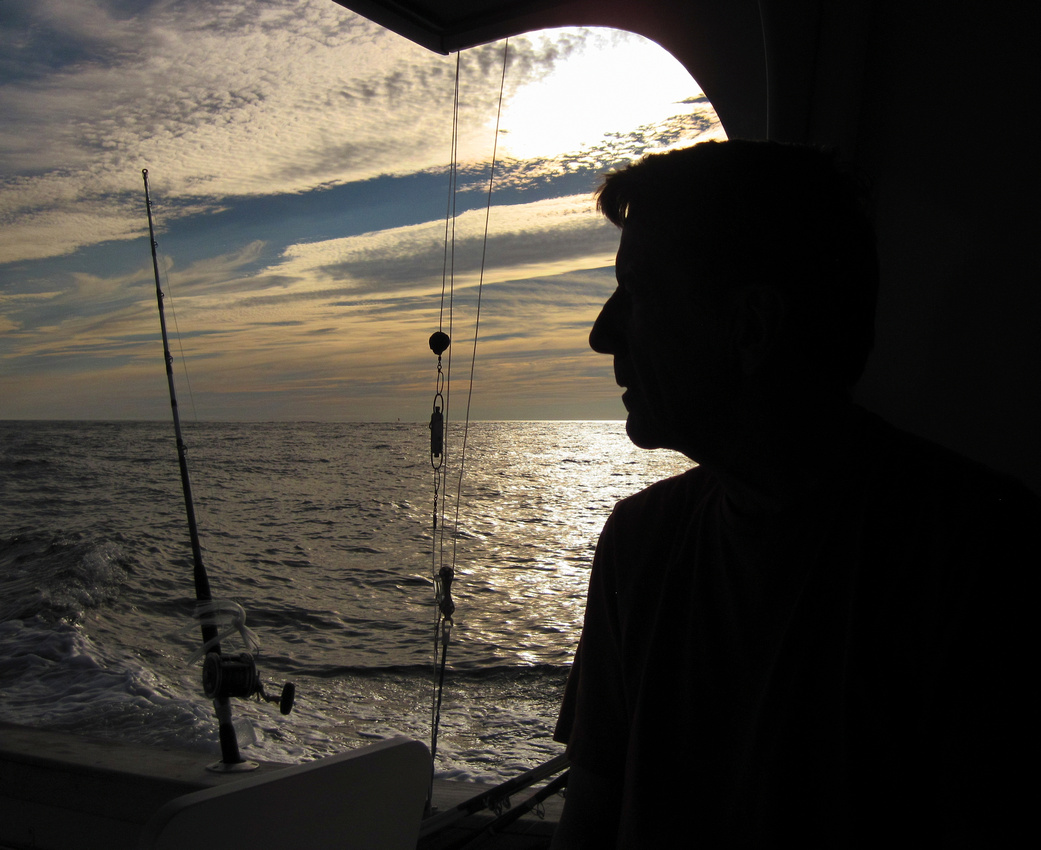 While I have an expensive Nikon dslr and lenses, there are times when I do not want to risk the camera against nature's elements. In this case it is salt spray. So I also have a Canon D10 which is a waterproof point and shoot camera which I originally bought to be able to take pictures of the granddaughters in the water. Even as a point and shoot it is not considered to be one with the highest image quality, but in keeping with the mantra "the best camera is the one you have with you", it is a camera that can take much of what nature throws at it. I was with a group of friends fishing near Block Island and after a very successful day we were returning to Point Judith Pond. The sun was getting low and my friend David was sitting opposite me. Another good piece of advice is that practice and experience pay off. The last time I was fishing of the northeast coast, I had the same camera and a fishing buddy was walking off the water when I caught him silhouetted against the setting sun. Recalling this I put the D10 into the "Sunset" scene mode, had David lean forward and snapped the picture. The lesson being that good photos can be taken with point and shoot cameras and we all could practice using the different scene modes that these cameras have built in. If I had kept the camera in "Auto", it would have attempted to balance the overall exposure and David would have appeared with some moderate details and the sky would have been washed out. But knowing what the scene mode would deliver, I think I got the better photo.