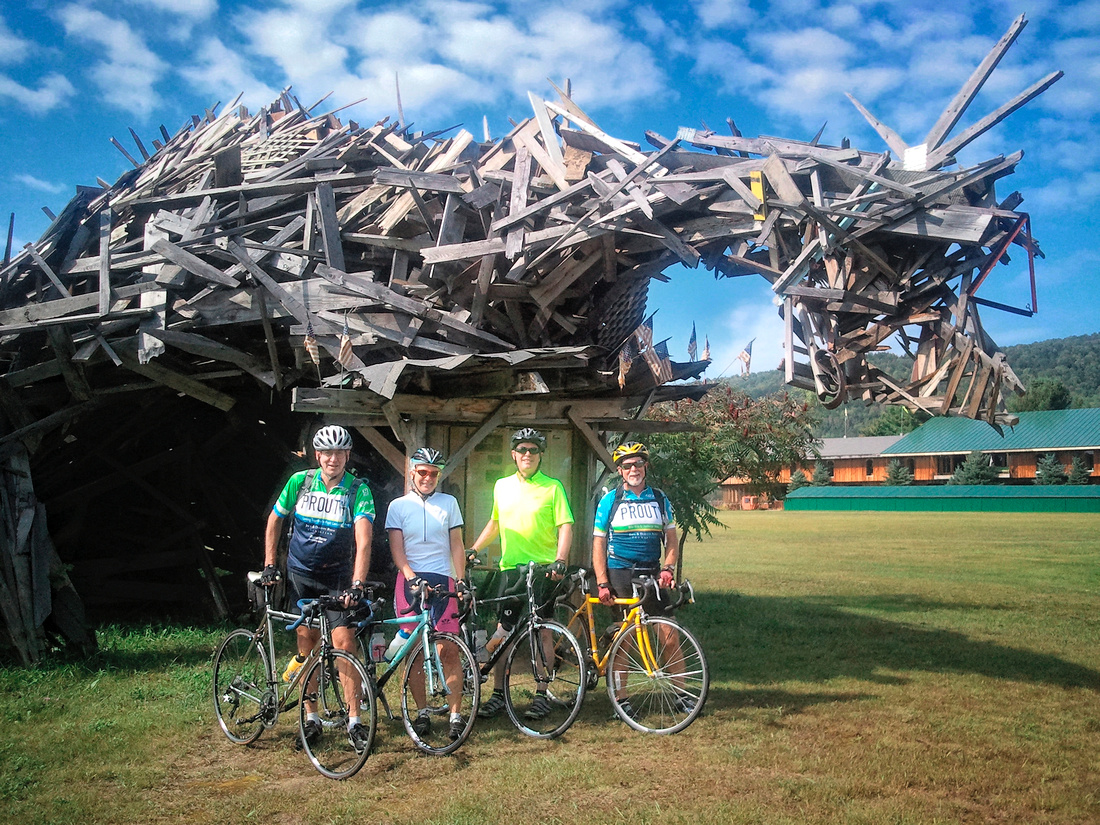 In late July I posted an entry about my friend Bob Peterson and his status as one of my athletic inspirations. Bob has been organizing a group of riders on Friday and we have been doing rides on both sides of the CT river in what is know locally as the Upper Valley. This Friday Bob suggested we do the Vermontasaurus Ride. Bob was introduced to the ride by Paula, the second rider from the left, but Bob gave it the name. About halfway into the ride we passed through Post Mills, VT home of the now famous, some would same infamous, Vermontasaurus. Built from scrap wood by Brian Boland, retired teacher and balloonist, the Vermontasaurus was initially quite controversial. However, now it is considered to be a work of art and does attract visitors...and bikers. Different rides that bikers take quickly acquire names as short hand, rather than describing the roads and turns. And with a website (and app) called Map My Ride these various rides can be made available to others. Those interested in riding the Vermontasaurus should click here for the Map My Ride details that Bob made available. Our group this Friday, by the way, was all 60+ in age and 2 were 70+. Like the rides, we need a name. Any suggestions? And as I have stated before, the best camera is the one you have with you. Taken with my 3 year old Samsung Fascinate smart phone.