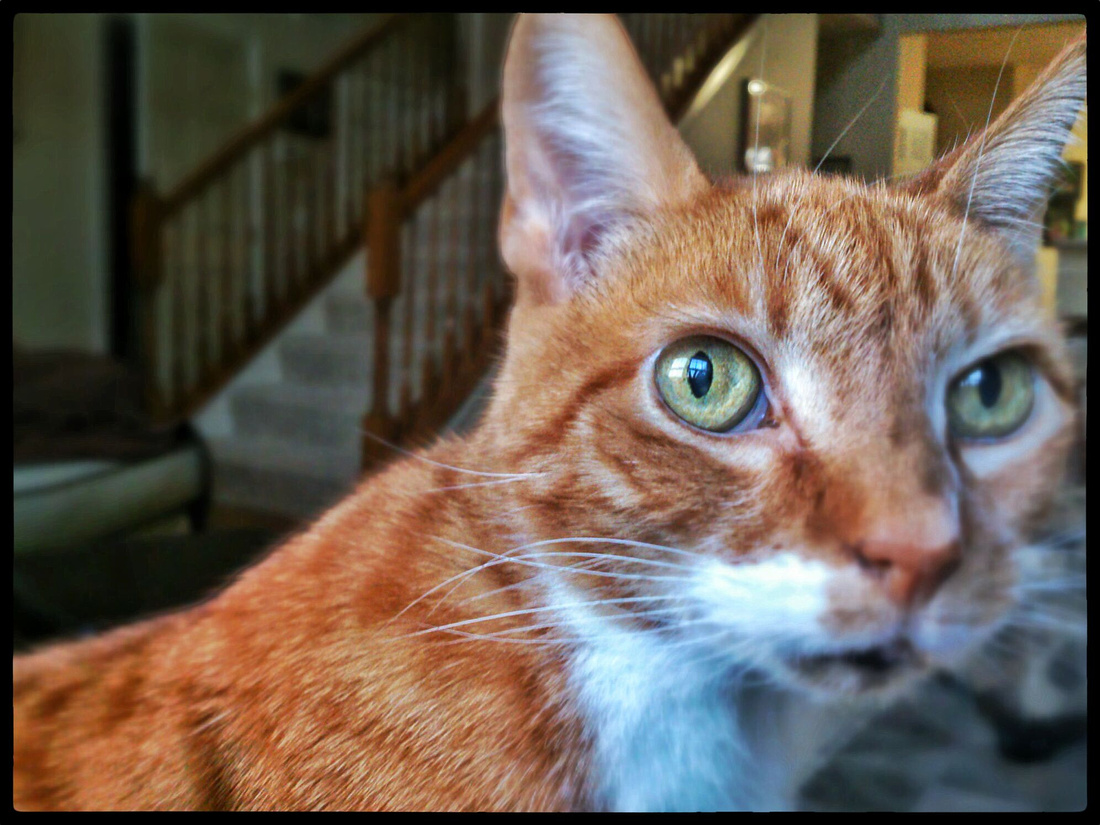 I took this picture a month ago, but the headline dictated that I use it now. 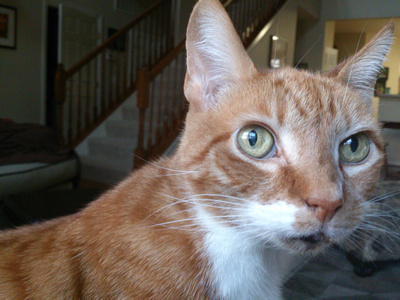 The NY Times had an article on a Italian-American woman in NC who was described as "the Mother Teresa of animals". The woman's background and her animal sanctuary are quite interesting. Our cat, Bonkers, is pictured here. Anyone who has ever owned a cat will attest that at times they can act a little crazy dashing about the house for who knows what reason. The image was taken with a smartphone and the smaller image is as captured by the phone's camera. The image is nice but I then processed it in a free piece of software called Snapseed made by NIK (available for both iOS and Android). Many image processing apps are available but I think this is one of the best and Apple did name it App of the Year in 2011. Besides the usual filter effects, Snapseed is truly a mobile device digital darkroom. And its outstanding feature is that you can modify the image in selective areas. Captured with a SONY Xperia TL and postprocessed on the phone with Snapseed for Android.

Edie Littlefield Sundby(non-registered)
Dave, are you saying that maybe Snapseed is all that is needed to create beautiful, ethereal, striking photographs just like yours. All this time I thought my photos were lousy because of no talent or lack of visual creativity :) There may be hope yet. And best of all, it's FREE.
No comments posted.
Loading...
Subscribe
RSS
Recent Posts
Plows, Family Roots, and History Roots Music To the Moon and Beyond Return From a Long Hiatus Hamilton House, S. Berwick, ME - digital sketch Back to Get More Rock The Nooning Let the Bridges Fall Down! Eureka! ...or this night Molly Stark sleeps a widow
Keywords
2013 landscape Vermont nature 2012 virginia Macro Winter portrait 2014
Archive
January February March April May June July August September October November December
© American Roots Photography
User Agreement
Cancel
Continue