Greece Sees Gold Boom, but at a Price 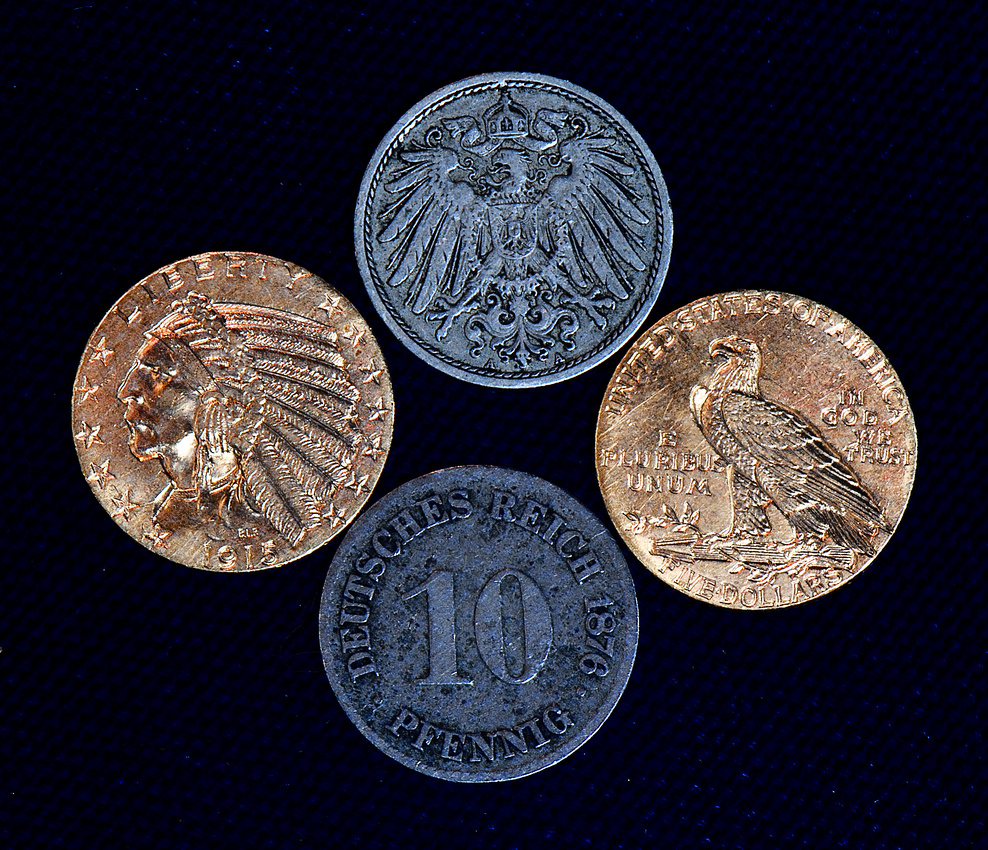 Greece Sees Gold Boom, but at a Price

I know I did a coin image just a few days ago, but when I saw this headline I was immediately reminded of the $5 gold piece Claire has among her keepsakes. The coin comes from her Grandmother Weisheit who was born in Suhl, Germany in 1888. Thus among Claire's keepsakes are also a few coins from the Duetsches Reich which came into being just 5 years before this coin was minted. Of course, the first thought any of us has when we see old coins is "wonder what the value is?". But obviously value is very subjective and individual. The NY Times article on the Gold Boom in Greece discusses how the perspective on the value of the boom differs among the Greek population. And the perspectives today have shifted from just a decade ago. The coins in the picture are family heirlooms and thus their value is not monetary, but we can afford that perspective. If we were destitute we just might view that $5 gold piece very differently. The shot was made with my Nikkor 85mm, f20, 1/2.5 sec. The picture was not photoshopped. To get both sides of the coins I shot a double exposure in camera, flipping both coins after the first exposure. It took several attempts to get the spacing close together until I realized I could use other coins to temporarily mark the right spots.