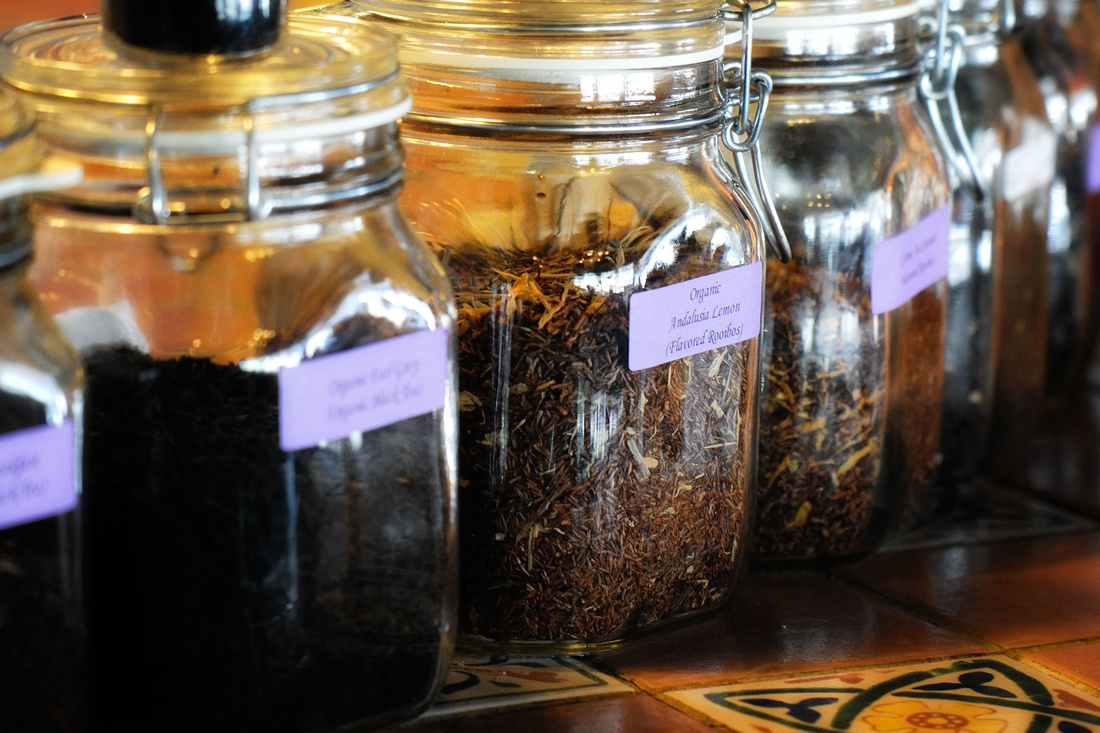 Today's headline is from the Travel section of the NY Times. Just outside Berlin is the now upscale Charlottenburg area where the subject "Paper & Tea" store recently opened. Claire and I visited this area in 2011 as her grandparents lived there from 1910 to 1926 before immigrating to the United States. In those years Charlottenburg was a thriving and growing middle class city and home to many famous German industries. Of course much of this area was bombed during WWII and today it has re-emerged largely as a affluent suburb to Berlin. This morning we awoke to sub-zero temperatures and by 2P when I pried my self from the wood stove to grocery shop, the temperature had risen to 3 degrees. With the suggestion of tea in mind, I dropped by our local "slow food" cafe and got a cup of my favorite tea  - "Organic Andalusia Lemon". Charlottenburg has nothing on us in Ludlow. I took the image with my Nikkor 85mm @ f4.5 to get shallow depth of field before and after the one label. Handheld at 1/50 sec and ISO 800.