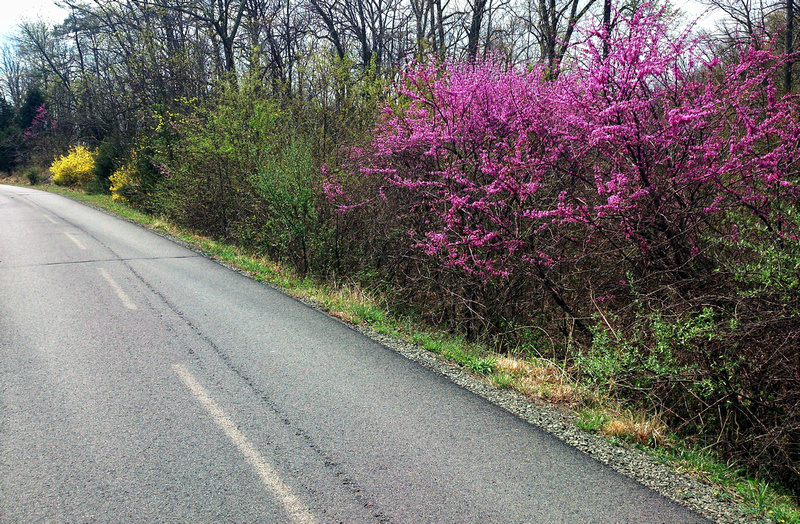 One of the advantages of coming to Virginia in late March is I get an earlier start to bicycling season. Even though Northern Virginia has seen much suburban sprawl in the last decade, the W&OD trail provides a fantastic greenway. The trail begins just a few miles from the capitol in Shirlington, VA and goes for 45 miles out to Purcellville, VA. The paved trail follows the old rail bed of the W&OD railroad and has a parallel gravelled horse trail providing recreational opportunities for walkers, runners, cyclists, and equestrians. Although I first hit the trail on March 30, it is only in the past week that the redbud and forsythia have brightened the ride. Additionally the green space provides plenty of habitat for wildlife and I have seen deer, woodchucks, squirrels, etc. on the trail. Today as I rode I noted more than one Box Turtle making his way across the path and I stopped to take a picture which I have named "Hey Buddy, I was here first". Unfortunately, I was not able to get to the unidentified 4 foot snake before he completed his crossing. Both photos were taken with my phone camera. 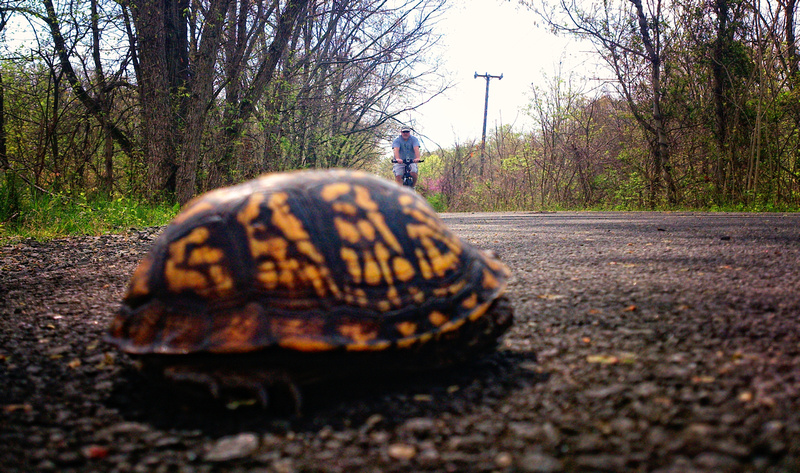