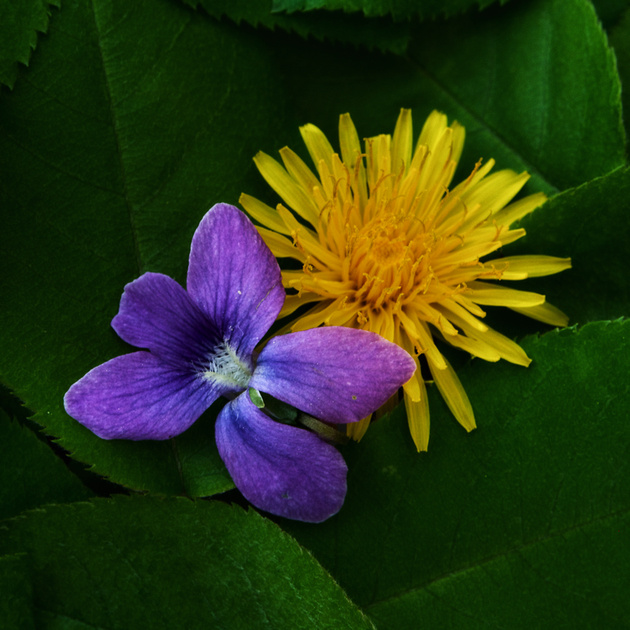 The first good  camera that I owned was passed down to me from my father - an Argus C3. This camera probably popularized the 35mm format more than any other camera and I dearly wish I had never parted with it. I doubt anyone younger than I even know of the camera, but it was a fairly simple range finder camera that took good pictures. Just yesterday I purchased the latest in a long line of cameras. My trusty Nikon DSLR still works great but I sometimes hesitate to lug it around due to its size. In the last 2 years non-reflex cameras of ever better quality have appeared on the market. The Olympus OMD E-M5 that I bought is 1/4 the size of my Nikon but takes pictures of equivalent quality and I have nearly the same control with both cameras. This image was taken with the "kit" lens (12-50mm) in the 43mm macro mode. Handheld at f10, 1/30s the image has reasonable sharpness. Obviously the dandelion and violet were not found growing together on a bed of new green leaves but I felt together the three made a nice composition. It is always nice to try something new.