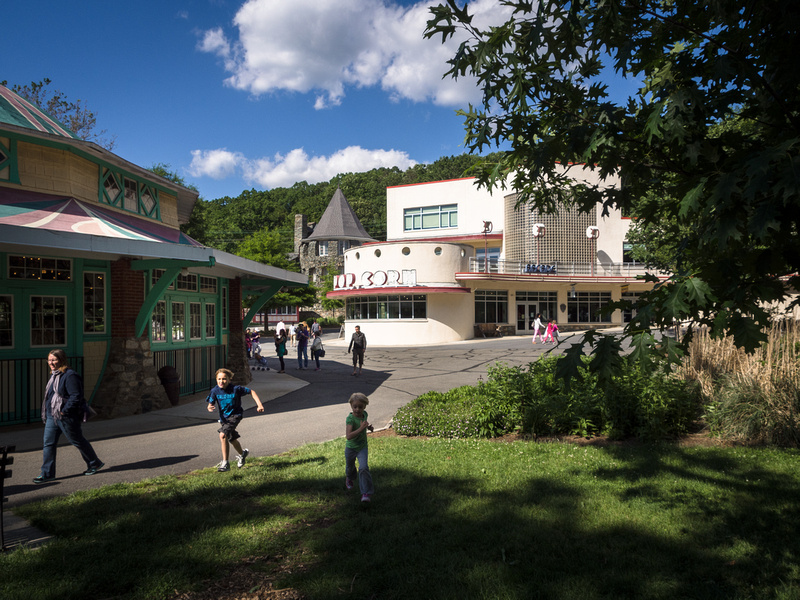 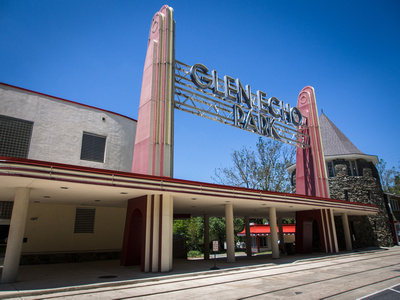 Although today we have a few gigantic amusement and theme parks such as Disney World, in the first half of the 20th century numerous cities and towns had smaller scale versions. But these parks probably provided as much joy and certainly were more accessible without a major financial commitment. Yesterday we took Ava and Leah to Glen Echo Park, 6 miles northwest of Georgetown, DC. The park was originally intended as a Chautauqua dedicated to the arts and culture, but financial difficulties of the founders led to the conversion of the property to an amusement park by 1900. The amusement park remained in operation until 1968 when it closed due to declining attendance just as did most amusement parks like it all over the country. In 1971 the park came under the National Park Service as part of the George Washington Memorial Parkway and is jointly managed with the Glen Echo Park Partnership for Arts and Culture returning the park to its roots. Today the Park is well known for its antique Dentzel carousel, its Spanish Ballroom, its many public festivals, including Family Day and the Washington Folk Festival, its children's theaters, and its social dance program. The carousel was built in 1921 and is in operation today with Ava and Leah taking several rides yesterday. And this summer when Leah takes her theater classes at Glen Echo she have more opportunity to participate in the same joy as that of children almost 100 years ago. But not all children partook of this joy. As a private enterprise, the park was "whites only" accessible. In 1960 demonstrations, originating with students from Howard University, brought a spotlight on this discriminatory practice. In 1961 the park was opened to all thus placing the park into page of the Civil Rights movement.