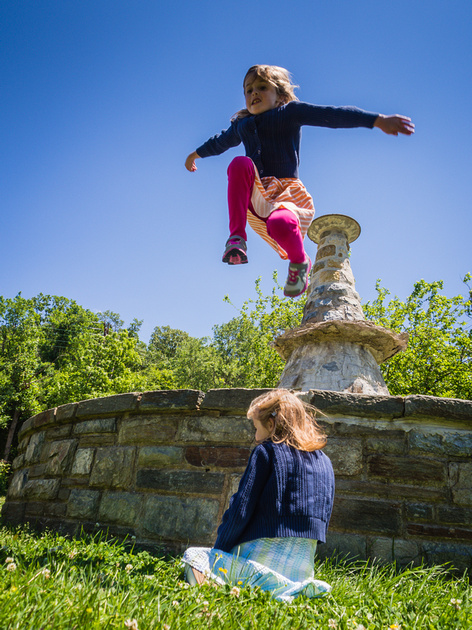 My son David was a film student in college and can be quite harsh in his critique of even very popular movies. Probably my favorite of his critiques was of a movie that won 7 Academy Awards including Best Picture - "director plays with camera". I have learned to "play" with my camera often using tips from Bryan Petersen. I have several of Bryan's books and frequently turn to his tips for creative shots, as I did in this image. The key is to use a wide angle lens and to get low to the ground. Ava appears to have leaped from atop the pedestal on this old fountain. Actually she just ran and jumped from the stone base. But the wide angle lens tends to distort perspective and thus the dramatic effect. Olympus OMD, [email protected], 1/320 s, f6.3, ISO 200.