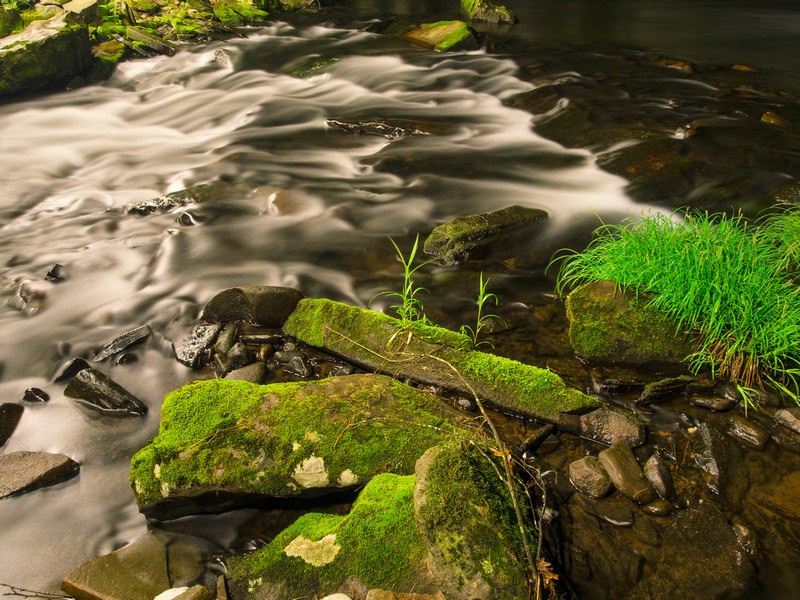 This image is another shot at the Paradise Falls in Cresco, PA and is of the creek continuing its run down to Brod Creek. The image was made at night and lit by the flood lights on the bridge located to the left and above what is seen here. Even with the lights a 25 second exposure was required which resulted in the water gaining a silky effect. The "silky" water effect has become common among photographers and some viewers like it and some don't. Those to whom the effect doesn't appeal often state that that is not what it really looks like. Obviously, viewers have different criteria and expectations in judging the appeal of an image. However, I do not believe that photographs should be judged by whether or not they represent the "real" scene because in fact none do. The camera records light and even the simplest point and shoot records that light based upon someone's decision as to how to render it. For me all images are an interpretation of what I see and feel and hopefully others have a positive response. Olympus OMD, [email protected], f9, 25 s, ISO 200.