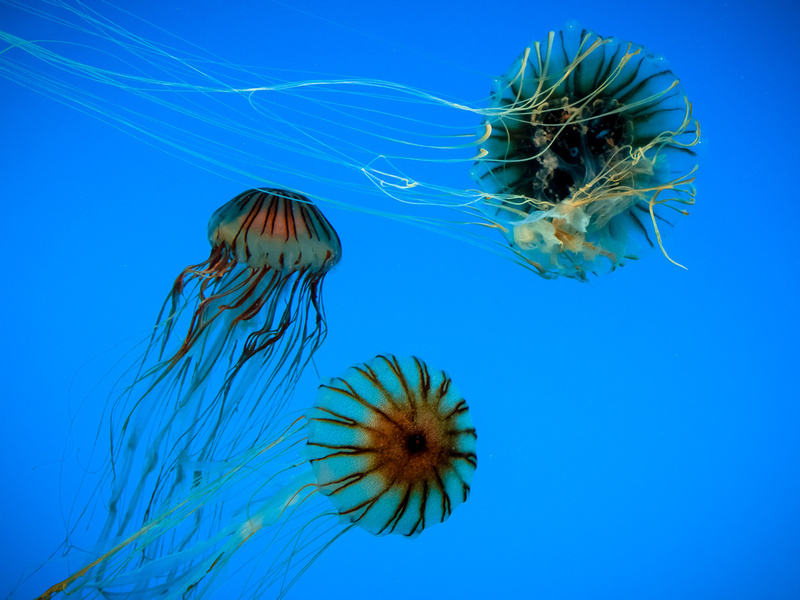 The above image was shot at the Baltimore National Aquarium located at the Inner Harbor. The image catches 3 different view of the Northern Sea Nettle which is one of nine jellyfish species at the "Jellies Invasion" exhibit. The Jellyfish species is at least 500 million years old and the oldest multi-organ animal on earth. Their numbers are also growing at concerning rates due to over fishing and killing of some of their predators such as tuna and sea turtles. As predators themselves, high numbers of jellyfish can seriously disrupt the food cycle of the oceans. Putting that concern aside, jellyfish are fascinating animals to observe. Olympus OMD with [email protected], f6.3, 1/60, ISO1600, handheld.