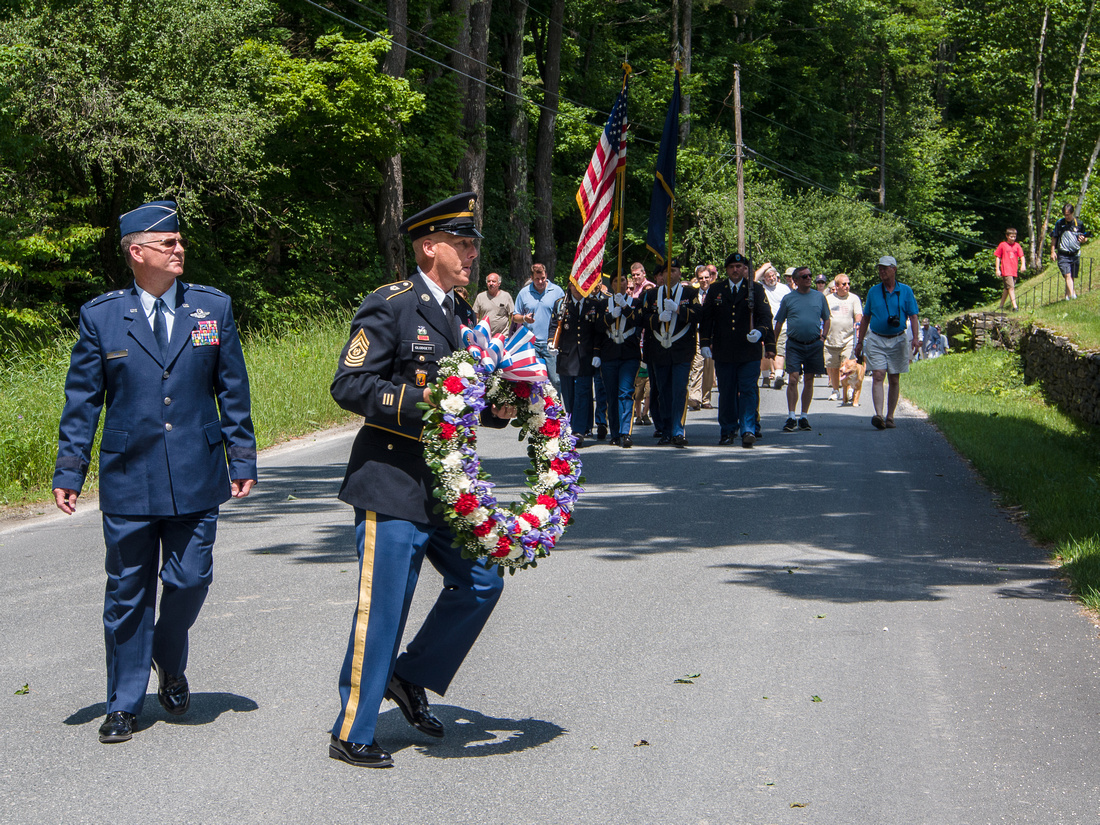 We live just 7 miles from the birthplace and homestead of Calvin Coolidge - "Silent Cal". 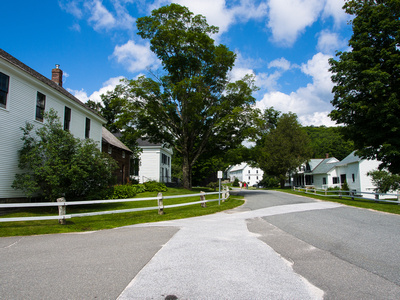 Coolidge attended school in our Town of Ludlow at the Black River Academy which today houses a local area museum. Coolidge's home "village" of Plymouth Notch consists of half dozen buildings which are today pretty much as they were a hundred years ago. In the picture to the right (l to r) is the General Store his father operated, the brown structure where Calvin was born, the "village" church, the cheese factory, and the home Calvin's family owned when he became vice-President. It was this house where Calvin was sworn into office by his own father, a justice of the peace, after Harding died. Calvin was born on the 4th of July and each year a ceremony is conducted to lay a wreath at his gravesite in the nearby Plymouth Notch Cemetery. Today, Claire and I decided to attend this as our July 4th event.


The Vermont National Guard leads a march from the village green to the cemetery led by the Vermont Guard Adjutant General, Major General Stephen Cray. The celebration included a reading by great grandchildren of Calvin and the laying of the wreath by great-great children. Calvin was a small government conservative. Today's reading was from a speech he made to the American Legion Convention in 1925 entitled "Toleration and Liberalism". Click on the link, it is a speech well worth reading. But the most impressive person we met today was a young man on a bike. We were sitting in the rocking chairs on the porch of John Coolidge's (Calvin's father) store when this young man rode up and started up a conversation. He lives in Plymouth Notch today and, as he told us, his father works for the historic site. He was obviously proud of his father and he and his father mow the Plymouth Notch Cemetery. Too many of us are quick to dismiss today's youth, but we are in good hands and Calvin would be proud. All images shot with Olympus OMD and m.zuicko 12-50mm lens. 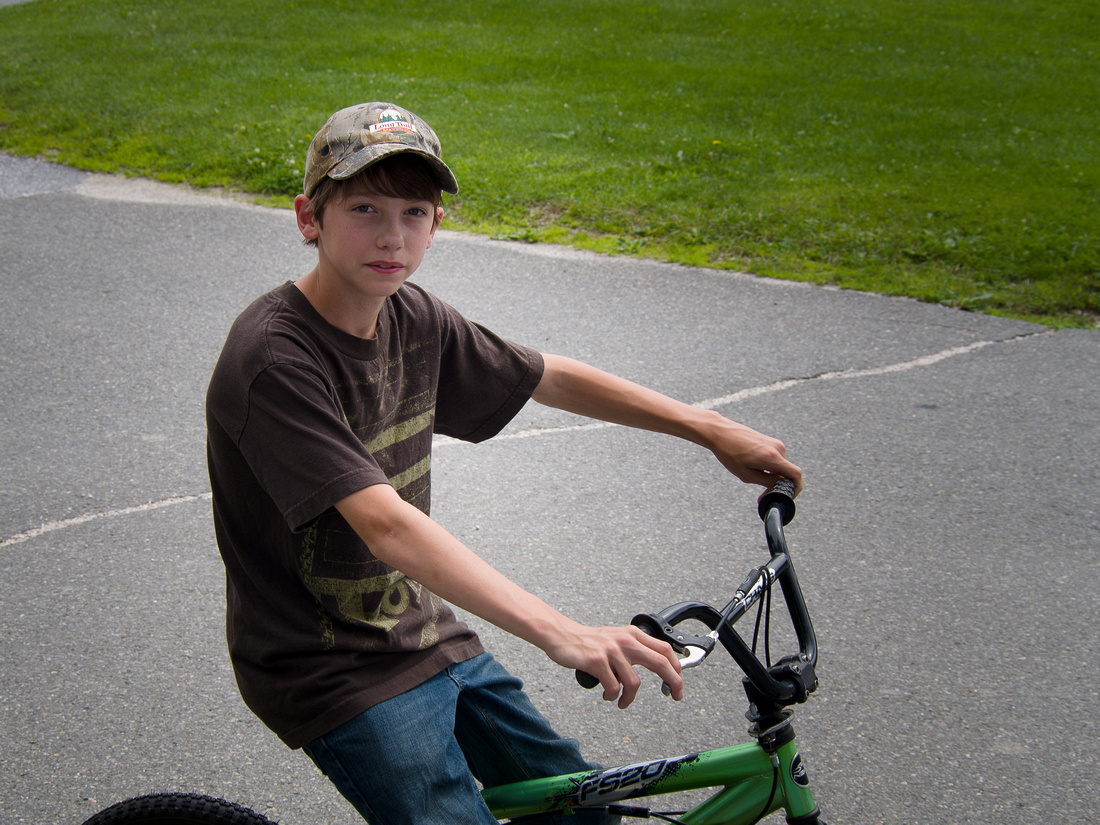 Edie Littlefield Sundby(non-registered)
What a great 4th of July post.... it doesn't get more American than Ludlow, Coolidge, and a parade!

The optimism of a nation tired from war: "War has become less probable; peace has become more secure." Alas, storm clouds were already forming over Europe when Coolidge delivered his 1925 speech to the Veteran's Convention.

But my favorite Coolidge wisdom is: "Our government was costing more than it was worth." And he set out to reduce the war deficit, reduce the bloated Washington bureaucracy, and reduce taxes. He did all three in short order and was so successful in reigning in government that 98% of Americans didn't pay income tax. Got any more Coolidge's in Ludlow? We sure need one now :)
No comments posted.
Loading...
Subscribe
RSS
Recent Posts
Plows, Family Roots, and History Roots Music To the Moon and Beyond Return From a Long Hiatus Hamilton House, S. Berwick, ME - digital sketch Back to Get More Rock The Nooning Let the Bridges Fall Down! Eureka! ...or this night Molly Stark sleeps a widow
Keywords
2013 landscape Vermont nature 2012 virginia Macro Winter portrait 2014
Archive
January February March April May June July August September October November December
© American Roots Photography
User Agreement
Cancel
Continue