Marriage Across Space and Time 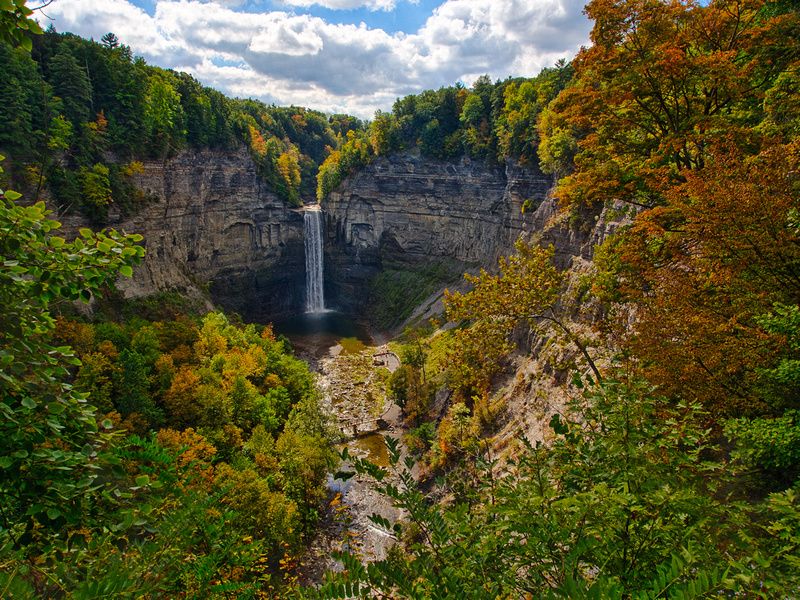 Each year my college roommates and our spouses get together for 1 or 2 weekends together. 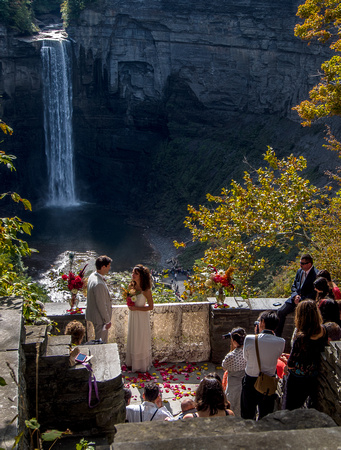 This last weekend was spent in Ithaca, NY which abounds with numerous and fantastic waterfalls both in the city and nearby. This year the 3 couples visited Taughannock Falls just 7 miles north of Ithaca on the west side of Cayuga Lake. The falls are 215 feet high making them the highest single drop falls east of the Mississippi River and 33 feet taller than Niagara Falls. As seen in this picture, the falls have eroded a large gorge over time creating a beautiful, enjoyable space. The falls can be viewed from below and, as here, from above. When we arrived at the overlook, we were pleasantly surprised that a wedding was being set-up. I took the picture above from the overlook and then retreated back up the stone staircase. Then we became uninvited attendees at the beginning of a new marriage which we all wished was a lasting as ours. Both images with Olympus OMD E-M5, m.zuiko 12-50mm. First image 5 shot handheld HDR @12mm, f8, ISO 200, 1/250s +/- 2 ev; 2nd image @27mm, f8, 1/200 s., ISO 200. Among the 3 couples - 126 years of marriage.