Nothing New Under The Sun 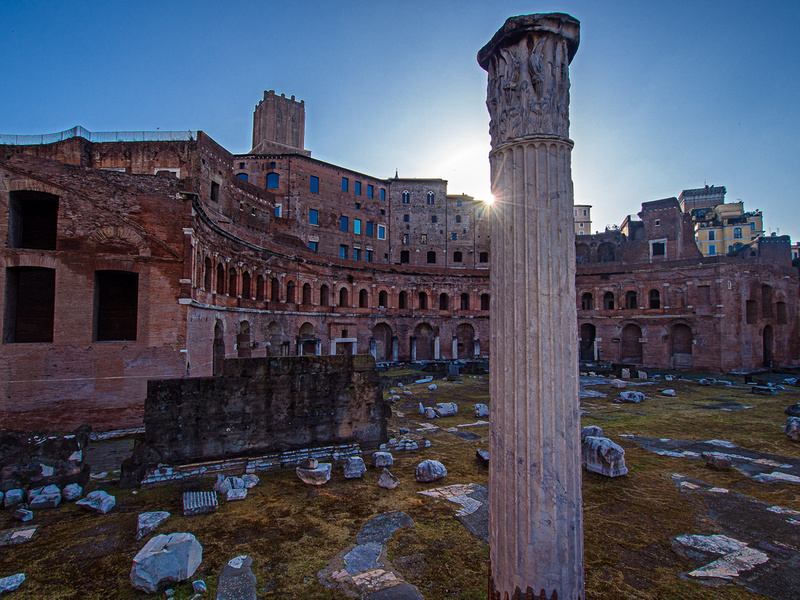 Today I post a picture of Trajan's Market as I am finally again processing some of my photos from Italy. Starting mid-20th century the suburban shopping mall became a fixture in many communities and cities. Shopping arcades have a longer history but the idea of an enclosed space with numerous and varied shops I had always believed to be a modern (19th/20th century), commercial development. The Roman Emperor Trajan (end 1st century, beginning 2nd) is considered to be one of the best emperors. He evidently had a focus on truly serving all Roman citizens leading him to build in the first decade of the 2nd century an enclosed market next to his forum. Thus Trajan's market is probably the first "shopping mall" and today is one of the few multi-story Roman Empire buildings still standing. Olympus E-M5, m.zuiko 9-18mm @ 9MM, f6.3, 1/400, ISO 200