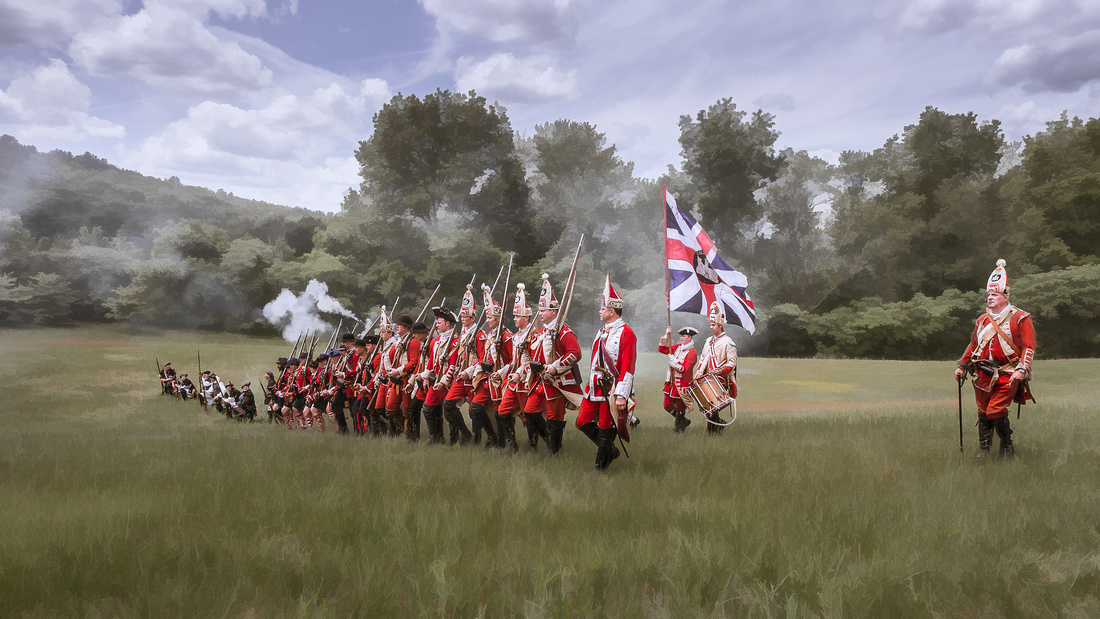 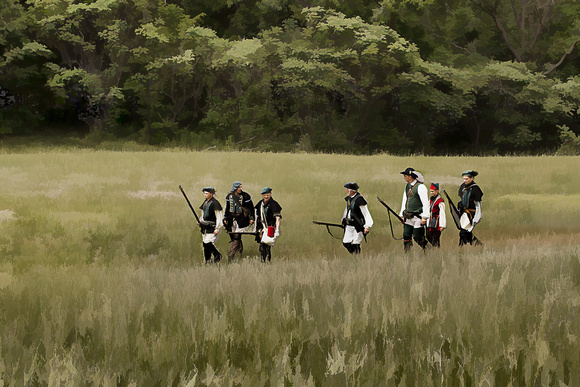 The top image is of the 27th Inniskilling Regiment of Foot. This Irish regiment is rather famous in the British Army having originally been formed in 1689. The scouting group in the image to the right are part of Rogers' Rangers, a group formed by Robert Rogers of New Hampshire. A group of Rangers can be seen to the right flank of the Inniskilling line.

In the early 1750's, the American colonies had  reached a population of 1 million and out numbered New France by roughly 30 to 1. But France was pushing its New World trade into the Ohio Valley and was successfully creating strong Indian alliances. This presented a northwestern barrier to settlement expansion by the American colonists and gave rise to the French and Indian War (1756-1763).

During the French and Indian War, England sent elite troops such as the 27th Inniskilling Regiment of Foot who were part of the successful capture of forts at Ticonderoga and Crown Point. But to be successful in the harsh and rugged environment of northern New England also required soldiers with skills adapted to the densely forested mountains. The most successful of these were Rogers' Rangers. The raids and scouting expeditions proved to be invaluable to the British effort. As guidance to his troops Rogers developed his "28 Rules of Ranging" a derivative version of which can still be found in the U.S. Army's Ranger Handbook.

Although the French had early success in the war, England dedicated decidedly more money and manpower into their effort resulting in France ceding Canada and all of its claim to land east of the Mississippi River in 1763. With France out of the picture, now only New York and New Hampshire were left to argue over the largely unsettled land which would become Vermont.

Rod Wendt(non-registered)
I learn something every day from you...and every walk!