Fort at No. 4 - A Frontier Settlement 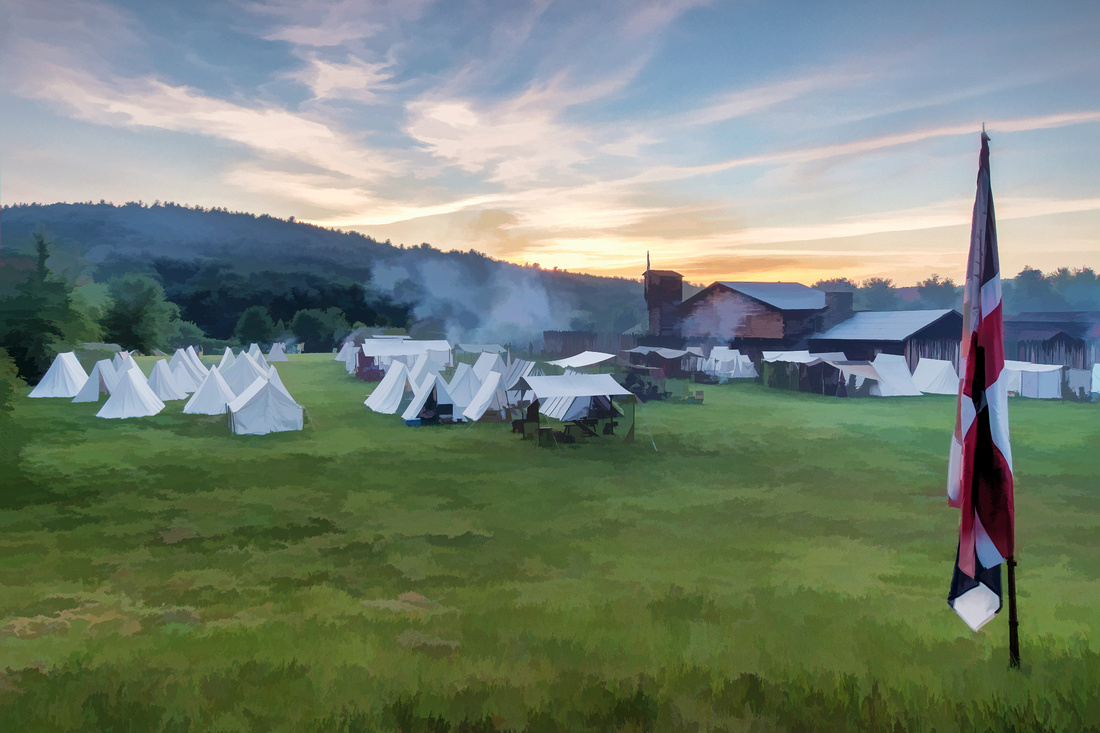 The information presented here is largely taken from printed and online material produced by The Fort at No. 4 organization. For a more in-depth look please visit their website or visit the fort on one of the numerous living history weekend events.

The above image was taken during a reenactment weekend at the reconstructed Fort at No.4. In 1735 Massachusetts chartered plantations on the Upper Connecticut River Valley for farming and settlement and designated some of the plantations simply by number. No. 4 was the northern most plantation and was initially settled by Stephen Farnsworth and his brothers Samuel and David. By 1743 ten families were located at No. 4 and although the frontier was relatively peaceful the settlers decided to build a fortified village in which settlers would have security when Indian and/or French raids occurred. Phineas Stevens was chosen as Captain of the garrison. It should be mentioned that the French and English approached their colonies very differently with the French emphasizing trade for furs with the Indians and the British focusing on settlement and production of agricultural goods to be taken back to England. Consequently, in 1740 New France had a population of less than 50,000 while the American Colonies were approaching a million people. The persistent pressure to extend settled area was simply much higher from the British.

In 1744 France and Spain entered into war with England and eventually the war extended to the colonies. The location of the Fort at No. 4 put it at the edge of territory claimed by France and England and more importantly at that time it was encroaching on Abenaki land. But more British settlers kept coming. In 1746, Indian raids ensued on the outlying mills and farms with several men killed and others taken as captives to the French in Canada. All the settlers retreated to the Fort to join with those living there. But the Indians had killed their livestock and the crops could not be harvested for fear of attack. Late in 1746, No.4 was abandoned. 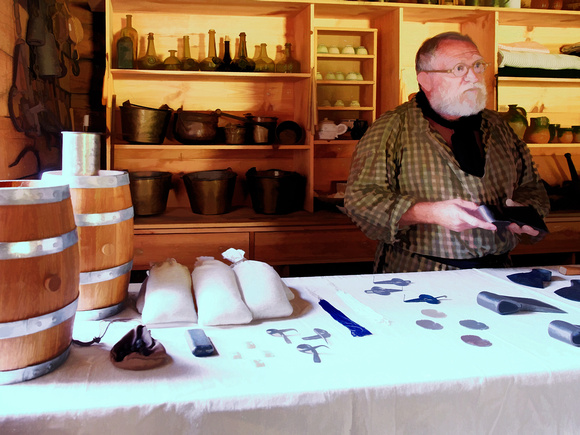 In March of 1747, Captain Phineas Stevens returned to secure the fort with a 30 man militia group. On April 7 a large group of French and Indians attacked the fort and laid siege for 3 days, but the militia held fast with the French and Indian attackers withdrawing. In so doing Captain Stevens and his men not only secured the Fort at No. 4 but also protected settlements to the south. And Captain Stevens' secured a reputation throughout New England as a leader held in high regard. Stevens continued to reside in the fort establishing himself as a trader to both the settlers and the Indians. He also was sent on several occasions to redeem captives in Canada including Captain John Stark who would later gain fame in the Battle of Bennington during the Revolutionary War. During the French and Indian War, Captain Stevens led a militia group that was part of the successful taking of Fort Beausejou in Nova Scotia. Unfortunately he became ill while there (probably dysentery) and died in 1756. The above right image is of a frontier trader re-enactor in Steven's trading post at Fort No. 4.

The next post will pick up the story of Fort No. 4 and its importance to the French and Indian War, the Revolutionary War, and the settlement of interior Vermont.