The Road Not Taken (now)

Between 1740 and 1760 much of what is presently the State of Vermont was occupied primarily by Indians due to both the access to the rugged landscape and competing claims of the British and French to the land. The French primarily held sway over the Lake Champlain area and the British had established settlements in the Connecticut and Hudson River Valleys. At the southern end of Lake Champlain a strategic narrows exists between Crown Point on the New York side and Chimney Point on the Vermont side. To the south of Crown Point, the French had established a fort at Ticonderoga which General Amherst captured in July, 1759 towards the end of the French and Indian War. To further control the southern end of Lake Champlain, Amherst then constructed Fort Crown Point and ordered a road built between Crown Point and Fort No.4, the northern most British outpost on the Connecticut River. Much of the road was constructed in 1759/60 under the command of John Stark, who had been ransomed by Phineas Stevens of Fort No. 4 fame. The above image is a portion of the road largely in its original state near Stoughton Pond in North Springfield, VT. The road did serve a military purpose in both the French and Indian War as well as the Revolutionary War. But its real significance is that it provided settlers access to south central Vermont and numerous communities sprang up along its length. Over time newer, better roads were built and sections were abandoned. However, in some cases sections can still be found in use as seen in the image below of a 19th century home near Shrewsbury, VT. Additional history on the road can be found at the Crown Point Road Association. 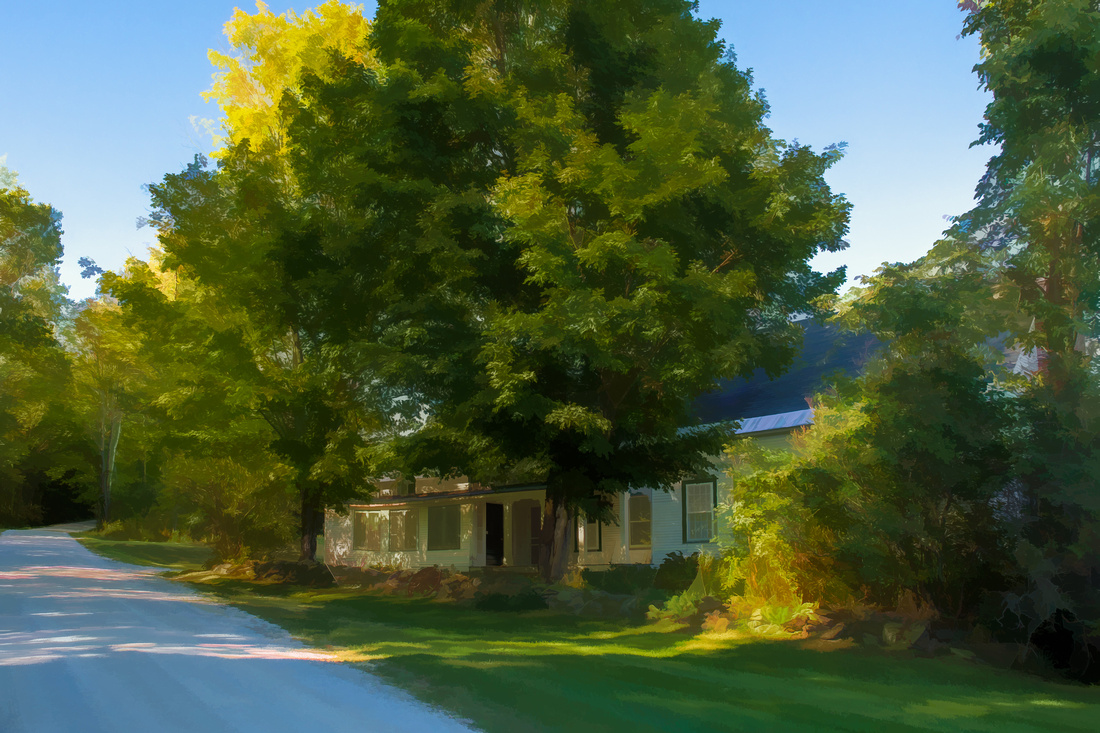