Hubbardton - When a Loss is a Win 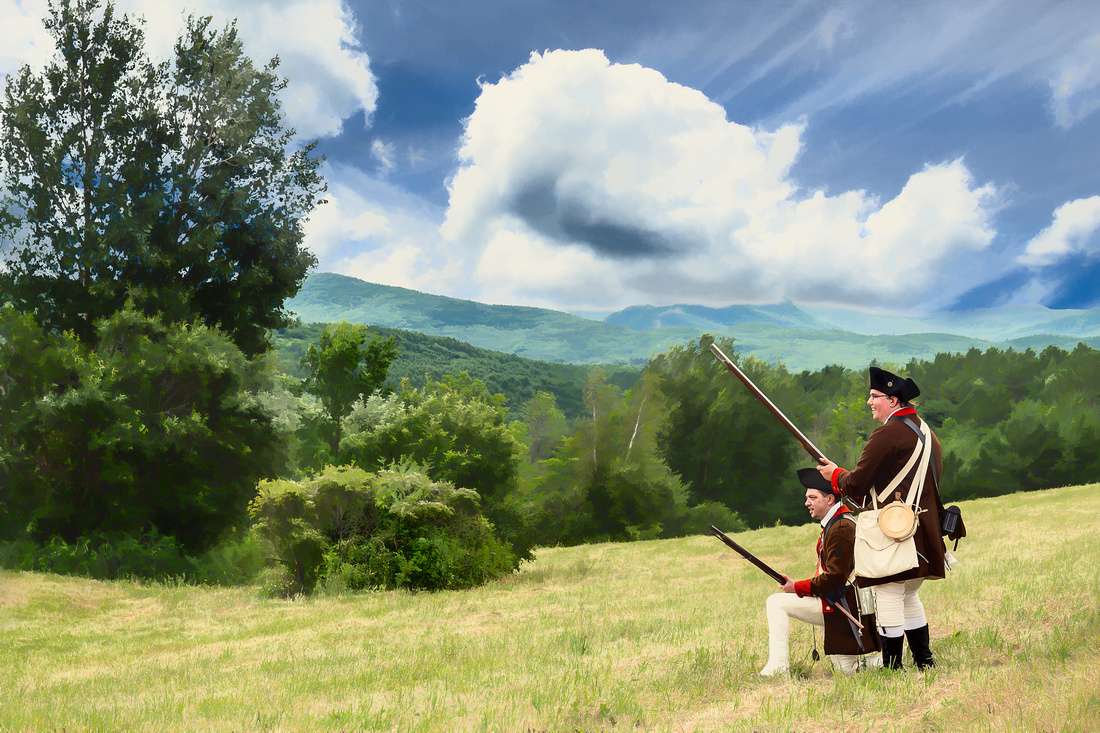 In the above image, 2 soldiers from Seth Warner's regiment stand guard on Monument Hill where the Hubbardton battle took place. Castleton, VT is 8 miles in the distance over mountainous terrain.

Early in the Revolutionary War, the British devised a strategy to break off New England from the rest of the colonies. As part of this strategy the British commander John Burgoyne moved a large army south from Quebec. On July 5, 1777 the Americans under General St. Clair left Fort Ticonderoga in the middle of the night when confronted with these overwhelming forces and their cannon. St. Clair retreated 30 miles south along a mountainous military road to Castleton (today in VT) with British soldiers under the command of General Fraser in close pursuit. St. Clair had left Seth Warner in command of a rear guard at Hubbardton, 8 miles north of Castleton. Present with Warner was also the 2nd New Hampshire Regiment under the command of Colonel Nathan Hale.

On July 7 Fraser engaged the Americans at Hubbardton and a short but intense battle ensued with Americans occupying high ground on Monument Hill. The Americans were on the verge of turning Fraser's left flank when Hessian troops under General Reidesel arrived and secured the British line. The Americans were then forced to retreat but had inflicted enough damage that Fraser ceased his pursuit of St. Clair's army. Fraser rejoined with Burgoyne who ultimately would be defeated at Saratoga, but first the Battle of Bennington transpired. Although a relatively small engagement, the Battle of Hubbardton proved to be very important in defeating the attempt by the British to split New England from the rest of the colonies. It was also the only Revolutionary War battle to take place in present day Vermont.

But first why not finish creating a new republic?