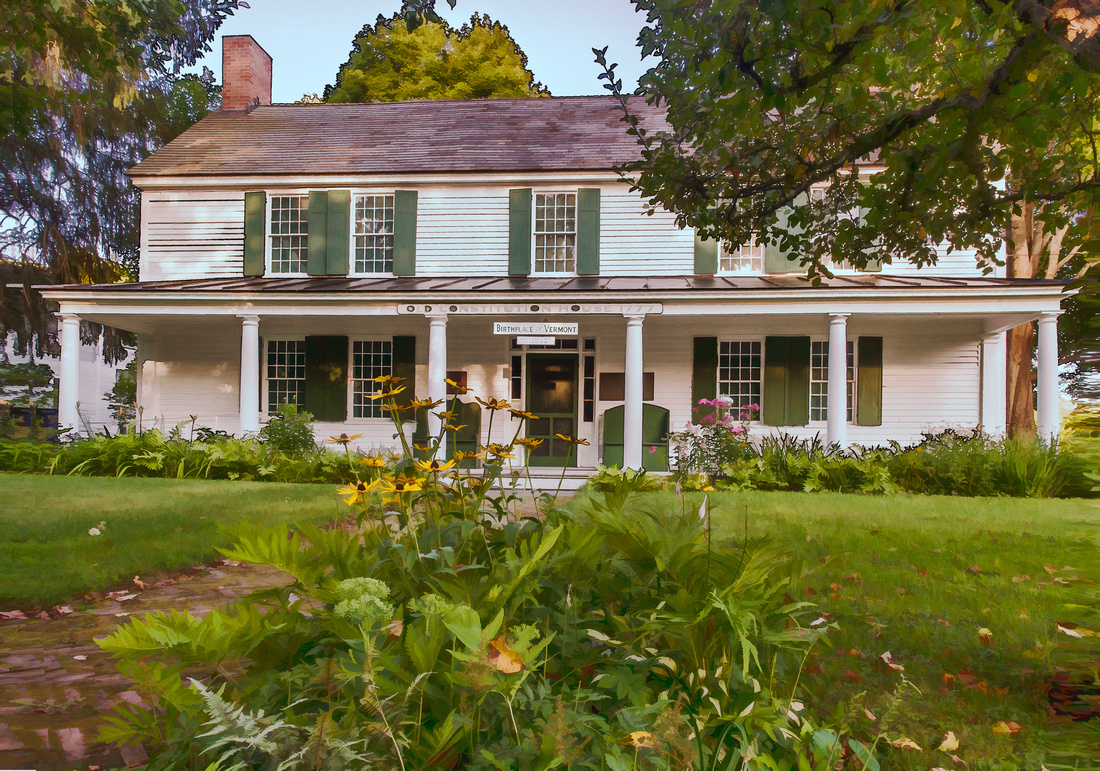 Pictured above is the former tavern of Elijah West in Windsor, VT where the Constitution of the Vermont Republic was drafted and adopted. Today it is the "Old Constitution House" museum found on the north end of main street in Windsor.

Just as the colonies in mid-1776 declared independence from England, the occupants of the Hampshire Grants decided it was time to declare independence from New York and New Hampshire. A meeting of Hampshire Grant freemen met in Dorset (north of Bennington) in the summer of 1776 to pursue free and independent status for the Grants. On January 15, 1777 an independent republic, New Connecticut, was declared in Westminster, a town on the Connecticut River. Dr.Thomas Young, a supporter from Philadelphia and a friend of Thomas Paine, sent a copy of the Pennsylvania constitution and a suggestion the new Republic be called Vermont. On June 2, 1977 the Westminster Convention adopted the name Vermont. One month later the delegates met in Windsor at the tavern of Elijah West. On July 4 they drafted the constitution of Vermont and adopted it on July 8, one day after the Battle of Hubbardton on the opposite side of the new Vermont Republic. The Vermont constitution immediately became the most far-reaching constitution in the Americas guaranteeing many of the freedoms later found in the U.S. Bill of Rights. And notably it was the first to abolish slavery, extend universal male suffrage, and enshrine public education as a requirement for each town to provide.

Vermont remained an Independent Republic for 14 years until it was admitted into the United States in 1791 as the 14th state and the first state that was not one of the original 13 colonies.