Let the Bridges Fall Down! 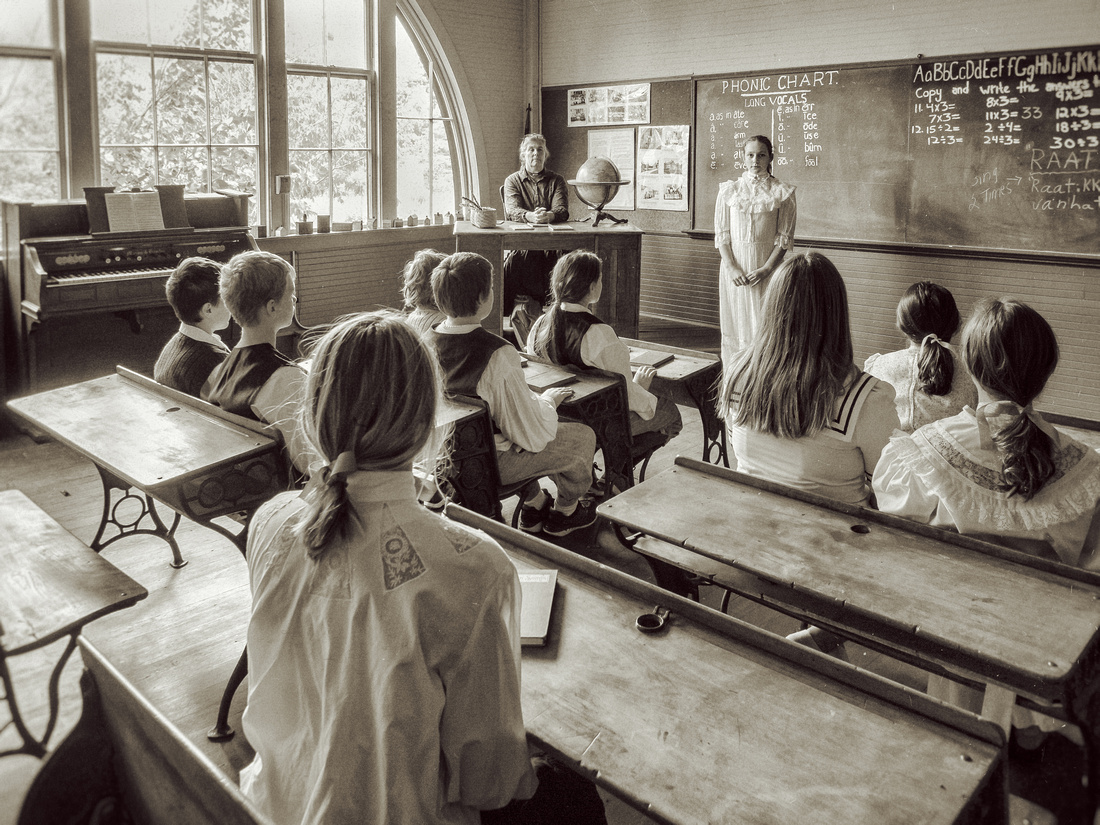 Pictured above is a recreation of a circa 1890's classroom located in The Black River Academy Museum in Ludlow, VT. The re-enactors consist of the 6th grade class from Black River school and their teacher Ms. Heidi Baitz. The period costumes were supplied by the museum and my sincere thanks go to the Ms. Georgia Brehm (museum director), Ms. Baitz, and the 6th grade class for affording the opportunity to make this image. Anyone visiting the Ludlow, VT area in the summer should visit the museum, it is a gem.

At the beginning of the 19th century, America had the highest literacy rate in the world largely due to the pioneering efforts of the New England states, 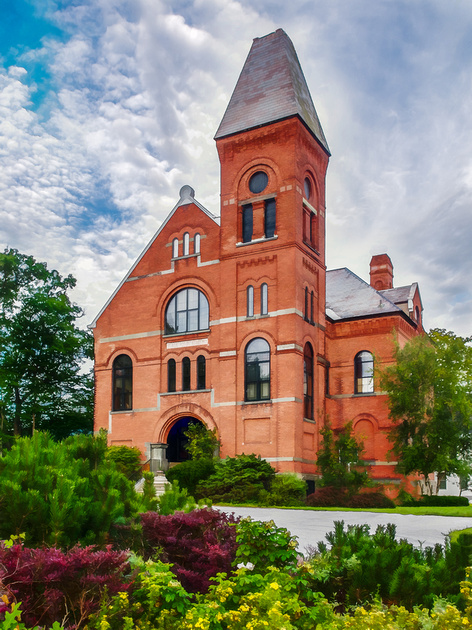 including Vermont. As outlined in the last blog post, Vermont specified from the start that towns would provide schools in each town to educate the youth and the money should come from the town residents. A one room building would be built and a teacher hired to school children in basic reading, writing, and math. The school terms were usually short (3 months) as the children were also needed for labor in a society that was still predominately agrarian.

But the demand for secondary education soon followed giving rise to Latin Grammar Schools (classical education) and Academies that taught both classical studies as well as more advanced language, math, and science subjects. The first Vermont academy was Clio Hall, incorporated in Bennington in 1780. By 1870, an estimated 119 academies existed in Vermont with an annual enrollment of 6000 students, including the Black River Academy (pictured right) established in 1835. Interestingly, the inaugural class was almost half women which is significant in part because parents paid the fees for attendance. The building shown was built in 1889 as the original had burned. Black River Academy is also where Calvin Coolidge received his secondary education. Eventually the academy became the public high school until it was replaced by a new building in 1939. Today it houses the Black River Academy Museum.

A passionate endorsement of Vermont education was delivered several years ago by Patrick Thompson, a village grocer in Arlington, Vermont (Morrisey, p.175). At the annual town meeting a debate ensued as to whether the town's limited funds should be spent on repairing bridges or building a needed grade school. The bridge repairs were winning when Patrick arose and said, "If we have to chose, let the bridges fall down! What kind of a town would we rather have, fifty years from now - a place where nit-wit folks go back and forth over good bridges? Or a town which has always given its children a fair chance, and prepares them to hold their own in modern life?" The school was built.