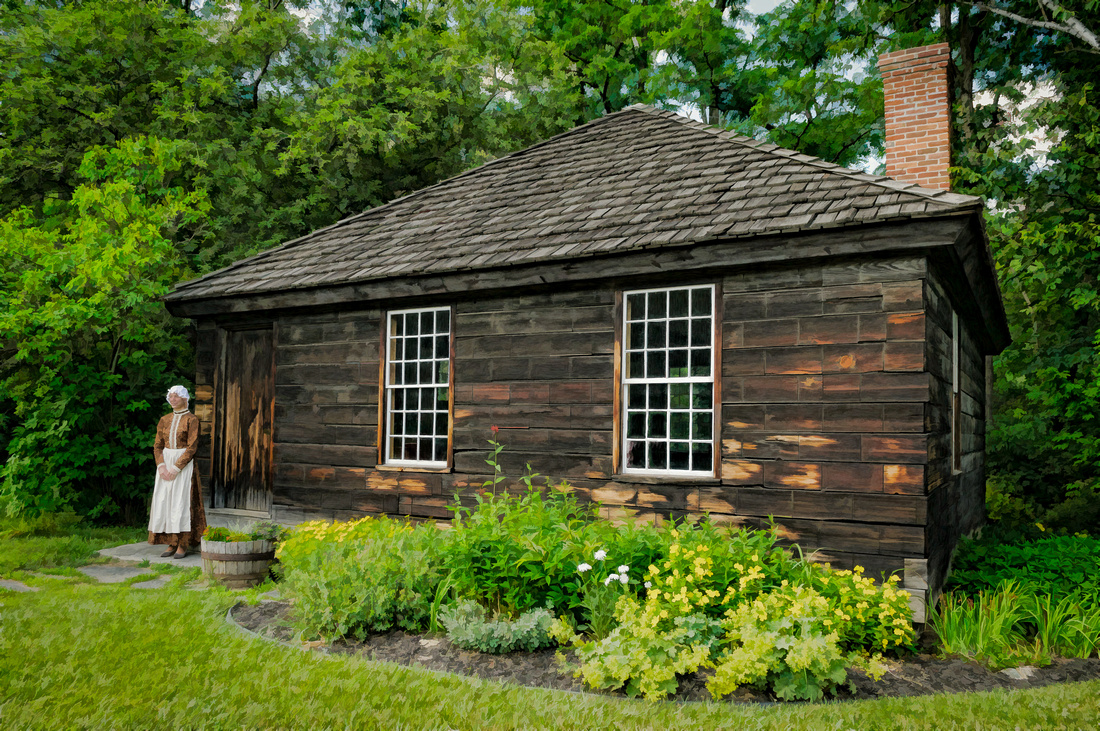 Pictured above is the Eureka schoolhouse, the oldest surviving schoolhouse and one of a few 18th century public buildings remaining in Vermont. Completed in 1790 in the Eureka district of Springfield, the name came from the first teacher. David Searle, a young Yale graduate, headed to the Vermont frontier from Fort No.4 following the Crown Point road. When he discovered the new schoolhouse in need of a teacher, Vermont lore has him exclaiming "Eureka" which is Greek for "I found it". The school "marm" in the picture is my good friend Sandy Peplau in period clothing that she had made for the celebration of the 225 year celebration of our church in Ludlow, VT.

The 1777 Republic of Vermont constitution  specified "A school or schools shall be established in each town, by the legislature, for the convenient instruction of youth, with such salaries to the masters, paid by each town; making proper use of school lands in each town, thereby to enable them to instruct youth at low prices." In 1782 the General Assembly wrote the first school act which specified more clearly the authority and mechanisms by which each town would provide schools. Largely due to religious beliefs and the emphasis on biblical knowledge, the New England colonies had a stronger educational tradition than other colonial regions.

In the late 18th century education in New England was extended to girls but it was very basic. Some parents, such as Emma Willard's father, recognized and encouraged the love of learning in their daughters. Emma Willard enrolled in school in 1802 at 15 years of age and 2 years later she was a teacher in the school and by 1806 she was head of the school! In 1807 she became the principal of the Middlebury Female Seminary in Middlebury, VT. However, she became frustrated with the limited curriculum and in 1814 opened a boarding school in her home teaching science and classical studies to women. By 1821 she had secured funding and support for Troy Female Seminary in Troy, NY. The seminary became the "the first school in the country to provide girls the same educational opportunities given to boys". Soon seminaries and academies, such as the Black River Academy in Ludlow, VT, would proliferate across Vermont offering both men and women secondary educational opportunities.