"Put the Vermonters ahead" 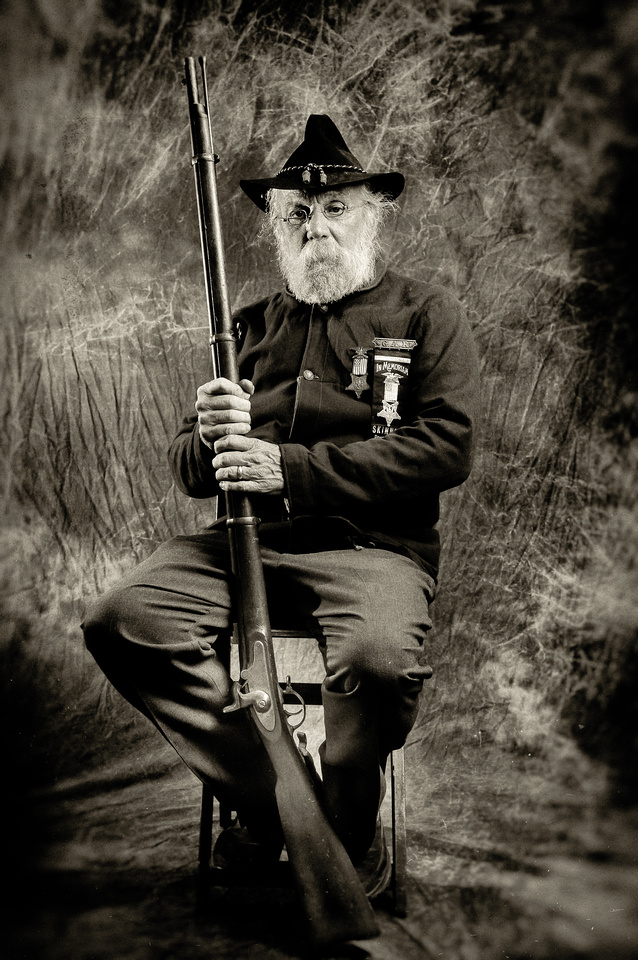 Union Veteran wth a LG&YGrand Army of The Republic Veteran with LG&amp;Y Special 1861

Meet Dennis Charles representing a Vermont member of the Grand Army of the Republic, a fraternal organization of Union service members who participated in the Civil War. On the first day of battle at Gettysburg, Gen. John Sedgwick is quoted as saying, "Put the Vermonters ahead and keep the column well closed up.". Vermont soldiers participated in almost every important engagement during the Civil War with 10 percent of its population (about 350,000) serving in active duty. Of these 5,194 died on the battlefield, of disease and wounds, or in prison. At the Battle of the Wilderness, the Vermont 1st Brigade prevented the Union Army from being split by holding at a strategic crossroad. In so doing the brigade suffered 1269 losses in 12 hours, one of the single largest brigade losses in US Army history. Proportionally no state contributed more manpower to the war effort. And Vermonters will proudly tell you that no Vermont Colors were ever captured by the Confederates. 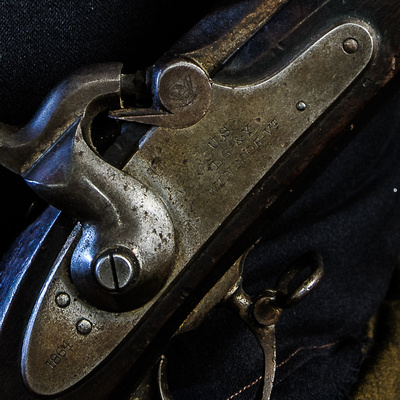 But Vermont did not just supply soldiers. The precision tool facility in Windsor also provided arms, specifically the Springfield Special 1861 with the Windsor made model referred to as simply the LG&Y. In the above image Dennis is holding an original LG&Y and the well worn plate of the rifle is seen to the left with the inscription:

As mentioned in the last blog post, the financially over extended Robbins and Lawrence company went bankrupt. The Massachusetts company of Lamson, Goodnow, and Yale was able to purchase the Windsor, VT facility at a bargain price. Ebenezer Lamson oversaw the Windsor operation that now focused on making sewing machines. He was a staunch abolitionist and his home in Shelburne Falls, MA was a station on the underground railroad. When the Civil War erupted, Lamson obtained a contract for 50,000 Springfield Specials and returned the facility to arms manufacture. Eventually 2 million men served in the Union army and the Harpers Ferry and Springfield armorys could not supply the modern rifle muskets needed. Thus numerous private arms manufacturers were needed. The LG&Y contract obviously would not fill the need but the contribution of the Windsor facility went well beyond 50,000 rifles. LG&Y made some of the best precision tools in the world and the factory began to manufacture and ship the needed rifle making tools to numerous other contractors. The list of tools and manufacturers supplied is too long to enumerate here but can be found in Carrie Brown's excellent booklet "Arming the Union, gunmakers in Windsor, VT". The booklet is the source of much of this information. Post Civil War the history of the facility in Windsor took a interesting turn leading to another Vermont town grabbing the nation's interest.

For those interested in Vermont or OVI 100th relics, Dennis Charles is your man and can be contacted at [email protected] You also might find him and get a few heirloom apples this fall by visiting Mendon Mountain Orchards