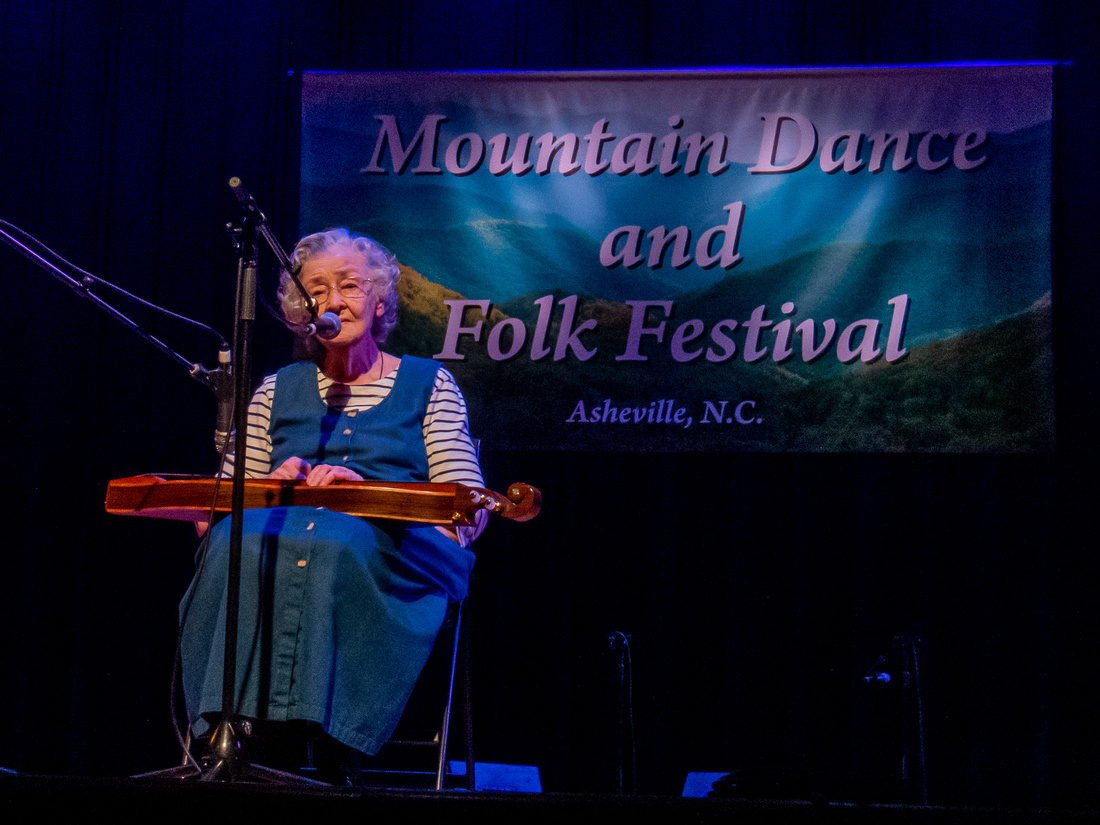 In moving to Western North Carolina I returned after a couple of centuries to a region where many of my maternal ancestors lived. My 3g-grandfather was in Buncombe county by 1809 and received a North Carolina land grant in 1816 for land on Avery Creek on the western side of the French Broad River. So I have roots here. The site identification of American Roots Photography borrows from the NPR program American Roots Music which traces modern music to its roots in the various music traditions including that of the British Isles. Traditional Appalachian mountain music is often almost unchanged from tunes and lyrics from Scotland and Ireland. During World War I, Cecil Sharp spent time in the Southern Appalachia mountains collecting these songs and helping to preserve them. In 1916-7 he spent time in Hot Springs, NC collecting songs (70) and traditional "Jack, Will, and Tom" stories from Jane Hicks Gentry. Cecil collected more songs from Jane than any other traditional mountain singer. Betty Smith is pictured here performing at the 92nd annual Mountain Dance and Folk Festival, the oldest folk music festival in the country . Betty is also the author of "Jane Hicks Gentry: A Singer Among Singers". But Betty is also an accomplished, well-known keeper of traditional mountain music herself. She has been performing at the Mountain Dance and Folk Festival since 1952 and has numerous recordings and awards, including the North Carolina Long Leaf Pine award. She will tell you that she can always remember how old the festival is because it started the year she was born. Today Betty resides in the same community as I do. And every Tuesday I get to musically return to my roots by playing at her Dulcimer Jam. Roots are a wonderful thing.