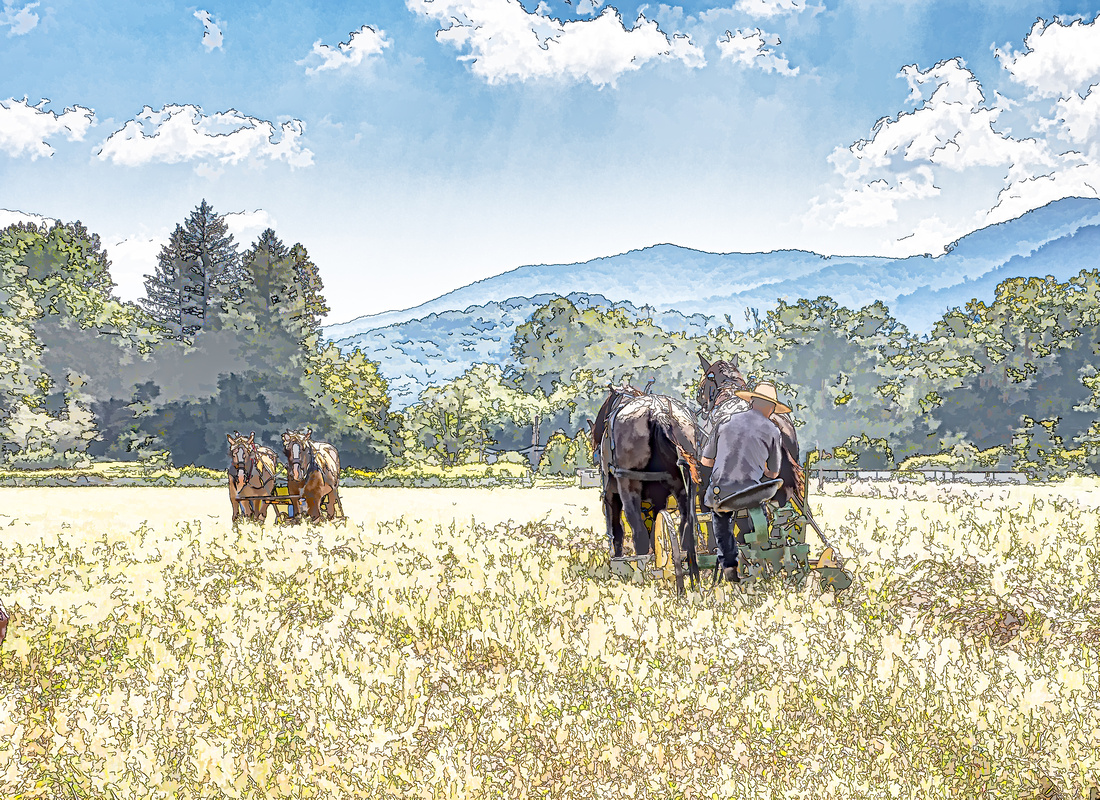 Recently a local college, Warren Wilson, celebrated their annual plow day in tribute to horse draft power farming. I shot the event and was pleased that the college decided to use some of my images. The plow is one of the oldest inventions dating back to several thousand years BC. The earliest plows were suitable for relatively easily tilled soil like the Nile flood plains. Improvements in design and materials led to the ability to till more difficult soils and greatly expanded agriculture. My maternal grandfather was born in extreme western Oklahoma at the end of the 19th century in a house made of sod. The Great Plains were the last area settled in the United States due to the challenges of eking out a living in a dry and unwooded terrain with harsh summers and winters. But the settlers could build houses from the dense prairie grass. In the 1880’s a plow was invented that would conveniently cut the sod into useable widths and depths for building. However, technology is a two-edged sword. At the beginning of the 20th century, the tractor begin to replace draft animals for plowing and harvesting. Suddenly large swaths of the prairie became agricultural land despite warnings that the prairies were fragile ecosystems. When extreme drought struck the prairies in the 1930’s the fallow fields had no protective grass and the environmental disaster known as the Dust Bowl erupted. With ignored warnings today regarding the impact of our fossil fueled economy on climate change, we seem unable to take a lesson from our past.

Mark Bailey(non-registered)
David, this image is so inviting. It also takes me back to my younger years on my grandfather Moir's farm in South Dakota where he harvested wheat and flax. Thank you for sharing your gift of photography.
No comments posted.
Loading...
Subscribe
RSS
Recent Posts
Plows, Family Roots, and History Roots Music To the Moon and Beyond Return From a Long Hiatus Hamilton House, S. Berwick, ME - digital sketch Back to Get More Rock The Nooning Let the Bridges Fall Down! Eureka! ...or this night Molly Stark sleeps a widow
Keywords
2013 landscape Vermont nature 2012 virginia Macro Winter portrait 2014
Archive
January February March April May June July August September October November December
© American Roots Photography
User Agreement
Cancel
Continue