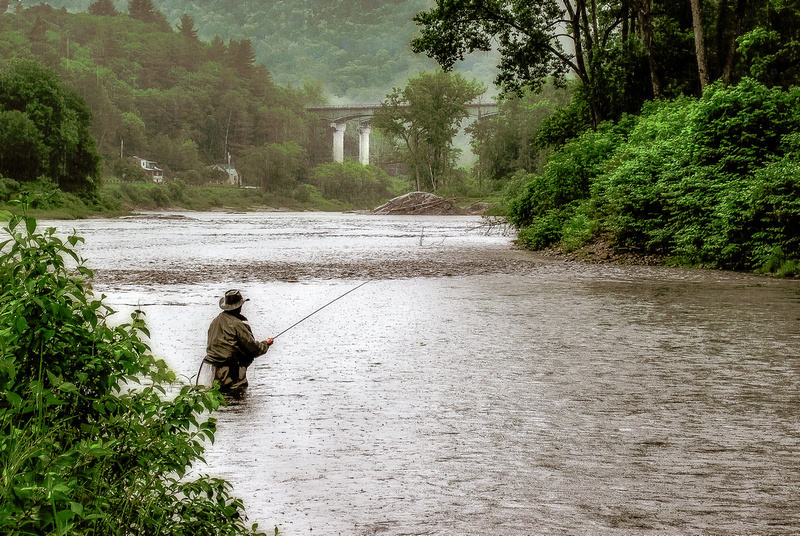 I knew when I took this image I was going for a Hudson River School type landscape. As I looked downstream from the bank, the vegetation overhang and the distant columned bridge immediately suggested to me an image that had elements I was looking for. Although the Hudson River School began in New England and focused on the American Wilderness, many of the painters traveled throughout Europe and South America picking up other influences and ideas such as including classic Greek and Roman structures in their paintings. Thomas Cole's The Course of an Empire series (5 paintings) is perhaps the most famous example tracing the decline and fall of a city from pastoral beginnings to its decay and destruction. From a distance the bridge column supports suggested the columns of a temple and provided a "classic" element to the image. BTW, the image was shot with a waterproof P&S camera that I usually carry when on the water fishing.